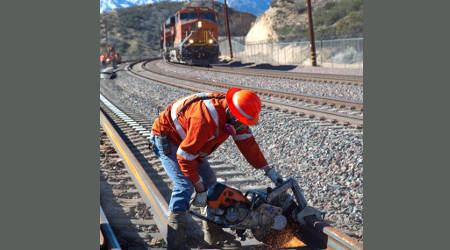 Similar to last year's $3.9 billion plan, the largest component of this year's program will be to replace and maintain the railroad's core network and related assets. That aspect of this year's work will amount to about $2.4 billion, BNSF officials said in a press release.

Projects will include replacing and upgrading rail, rail ties and ballast and maintaining rolling stock. This year's maintenance program will include track surfacing and/or undercutting of 20,000 miles of track, and replacement of about 600 miles of rail and nearly 3 million rail ties.