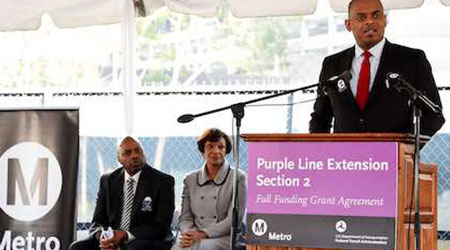 The sum includes a $1.2 billion capital investment grant through the Federal Transit Administration (FTA), as well as a $307 million Transportation Infrastructure Finance and Innovation Act (TIFIA) loan. Metro also will receive $169 million in federal funding through the Congestion Mitigation and Air Quality program, agency officials said in a press release.

Local funding, which will provide $747 million toward the project, came from the Measure R half-cent sales tax, which L.A. County voters approved in 2008. Metro officials hailed the extension as one of the region's "most critically needed public transit projects."

The second segment of the Purple Line extension is expected to cost $2.4 billion, according to a post on Metro's blog.

The second phase calls for building 2.6 miles of subway primarily below Wilshire Boulevard to connect downtown L.A. and the city's Westwood neighborhood.

Pre-construction activities for the second phase of the extension are underway, with major construction slated to begin in 2018.

Completion of this phase is anticipated no later than 2026 per the FTA full funding grant agreement. Metro is aiming to finish the project earlier than that, agency officials said. 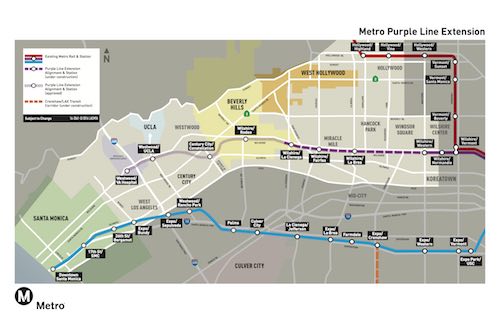