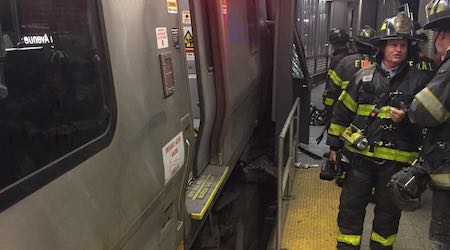 An MTA Long Island Rail Road (LIRR) train derailed at the Atlantic Terminal in Brooklyn early this morning and injured more than 100 people.

The train failed to stop at a bumper, New York Gov. Andrew Cuomo said on Twitter, adding that there were no fatalities.

The New York City Fire Department tweeted that there were 103 non-life-threatening injuries reported at the scene of the derailment.

LIRR officials told riders to anticipate delays into and out of the terminal as a result of the incident.